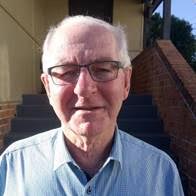 Bob Birrer is a Queenslander who, during his working life, was a manager in the aged care industry and an organisational development, change management and culture change consultant. When he retired, Bob moved to Kempsey, and joined Kempsey Macleay Valley U3A four years ago. During that time, he has operated as an ordinary member on the management committee, Vice-President and President. We welcome him to the position and look forward to mutually beneficial interaction amongst the U3As in this region.

Scroll back to top